Good readers make good leaders. The first time I heard this was at school orientation during my eldest daughter’s first year in grade school.

When my girls were younger we allowed them to play with an ipad because of interactive learning games. I thought this was ok, because it helped them learn, and honestly, it afforded me some peace and quiet. But as more articles on the internet surfaced discouraging iPad use for children because of lack of focus, overestimation, and worries over emotional development (I’ve read that kids don’t learn to self-regulate their feelings when an ipad is used to pacify them) I also limited their use for it. 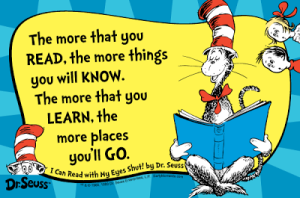 I love to read. As a child, I collected ladybird fairy tale classics that I asked my mom to buy for me. To find a storybook I didn’t have yet, so I could add to my collection was always one of sunday’s highlights.  I would read my favorite stories over and over again. As I grew older, I saved up my allowance to buy Betty & Veronica comics, as well as anything from the Sweet Valley Series. Back then, this was how a lot of little girls kept themselves entertained.

Unfortunately, in the digital age, my kids would rather spend time watching videos on youtube and and play dress up and other interactive games on the ipad, so I needed to come up with something that encouraged them to read more and ipad less. The idea was to reward them for every book they finished reading but I didn’t want to implement a reward system forever.

The intent was just for them to discover the joy of reading and to do it again and again until they developed a habit out of it. So I got this idea of rewarding them with random things from this really nice blog  called teach with joy.  I put random treats on colored pieces of notepad paper, put it in a box and asked them to draw one note for every time they finished a book.

The prize could be a new book, hair ties, socks and stuff they actually needed and I randomly bought, it could be after school treats like a juice box from 7-Eleven, or collect 5 stars and choose an item from Daiso, or a new project like starting a garden.  Cheap treats or activities like 10 more minutes of play time, an art session with mommy, or an afternoon date with daddy. It was really just a lot of random stuff that my girls enjoyed and we were already probably doing. The activity gave them something purposeful to do after school.

More than what was written on the notes, I think what appealed to them the most was the chance to draw from the mystery box. The element of surprise.  They kept guessing what other little treasures those notes held, or what other new project they could start, so it kept them reading and reading.

Before they picked a note from the box, they had to tell me about the story.  They also had to write down at least 5 words that were new to them. I found it to be a helpful tool in growing their vocabulary, and improving their comprehension .

In one of the talks I attended,  (Building the Champion Learner-Brian Caswell) I gathered some tips on how to nurture your child’s love for reading.

These are some of the things they shared about reading that struck me the most.

1.Teach them to be a reader, before they learn how to read. I try to read to my one and a half year old daughter everyday. She is able to sit still on my lap as we go through 2-3 books. She loves the one with flaps and pulls like Peek-a-boo Bunny, Munch! and Little Pim Colors.

2. Start with the big picture. Help them enjoy reading before teaching them phonetics and alphabet.  Based on their research,  Children learn faster when they are having fun, and kids who play become smarter than kids who study because they are able to enjoy the process. When I read to Chloe, I change my voice, use a lot of  facial expressions, make sounds like thumping my foot, or clapping my hands. It helps make what I read bring the character to life, and she loves it!

3. Ask the child to read books, then ask them to translate it. (draw or write about it.) Because of all the books my older girls read, the idea of making their own book with stapled pieces of paper was a hit. I think they did this for 3 straight days. I learned that young kids learn more when you let them become more hands on.

I did the mystery box project in 2014 as an after school project, Jianna was 5, she was able to read 20 books in 3 months because of this project, 3 more than her sister, but more than the number of books she’s read, this project has allowed both girls to develop good reading habits while having fun doing it.

“There are many little way to enlarge your child’s world. Love of books is the best of all.”